Did you ever think you would be able to see if your new desk would pair well with your office furniture even before you’ve had a chance to buy it?

During 2017, VR and AR got to make themselves known by a wide public, bringing about a confrontation that led to a better definition of their roles. While VR has proven to be the evolution of gaming, AR has found its way in communication and marketing.

However, what are VR and AR? What are the differences between them and, above all, how will they transform our everyday life?

Virtual Reality is able to create an entirely new universe […]

As we said, VR has found its natural follow-up in the field of video games: already back in 1995 Nintendo created a console capable of displaying stereoscopic 3D graphics, the Nintendo Virtual Boy (originally called VR-32) but, at that time, it wasn’t successful.

The main reasons for the failure focused on the limited range of colors (all the video games were in black and red), the difficulty to play in a comfortable position and the lack of software able to support this innovation.

In 2016, thanks to technological progress, headsets have been re-launched on the market and, this time, they achieved interesting results: following Oculus that, with its Rift headset, paved the way, other important brands like Microsoft and Sony Computer Entertainment invested in this field -creating a new era for virtual reality.

In the field of video games this trend seems destined to evolve but, in marketing and communication, it has given way to AR.

AR is less demanding compared with her “sister” because it can easily exploit tablets and smartphones and, in this way, it can reach a larger number of users.

But first let’s go back a step: what is the difference between VR and AR? Virtual Reality is able to create an entirely new universe and, through the headsets, it enables users to immerse themselves in a different world. Augmented Reality, instead, is able to superimpose images and digital elements in the environment: the result is a mixed experience that is mainly supported by cameras.

AR is less demanding compared with her “sister” because it can easily exploit tablets and smartphones and, in this way, it can reach a larger number of users: from a research conducted by Global Web Index in June 2017, indeed, only 3% of internet users have a VR headset.

It is possible for a company to take advantage of AR?

Facebook, Apple and Google have introduced a range of new instruments that are designed to help companies and developers experiment and interact with this new technology which allows to draw people’s attention, a fundamental element for every business.

Companies are still in a testing period, but some organizations are trying to find their way in (with great results) and demonstrate how it is possible to use AR in an endless number of ways.
How? Here some significant examples! 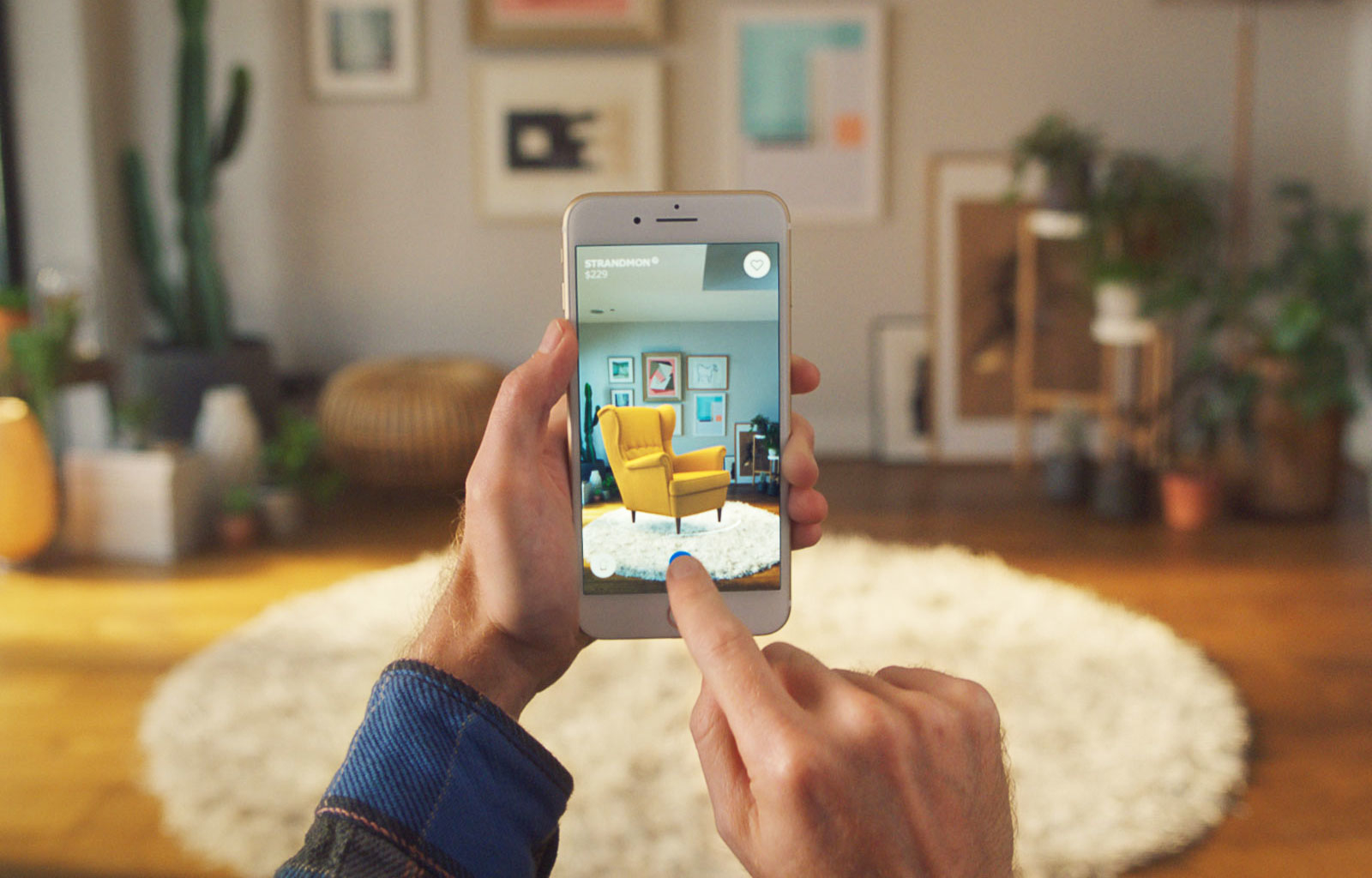 The IKEA App has developed thanks to the Apple ARKit and can be downloaded to every update iPhone to iOS 11.
What is its purpose?
This tool enables users to display furniture directly in their own houses and offices before purchasing anything.
What is its goal?
It’s to revolutionize the market and the purchase process: no more manual measurement of spaces, just a convenient mobile App. 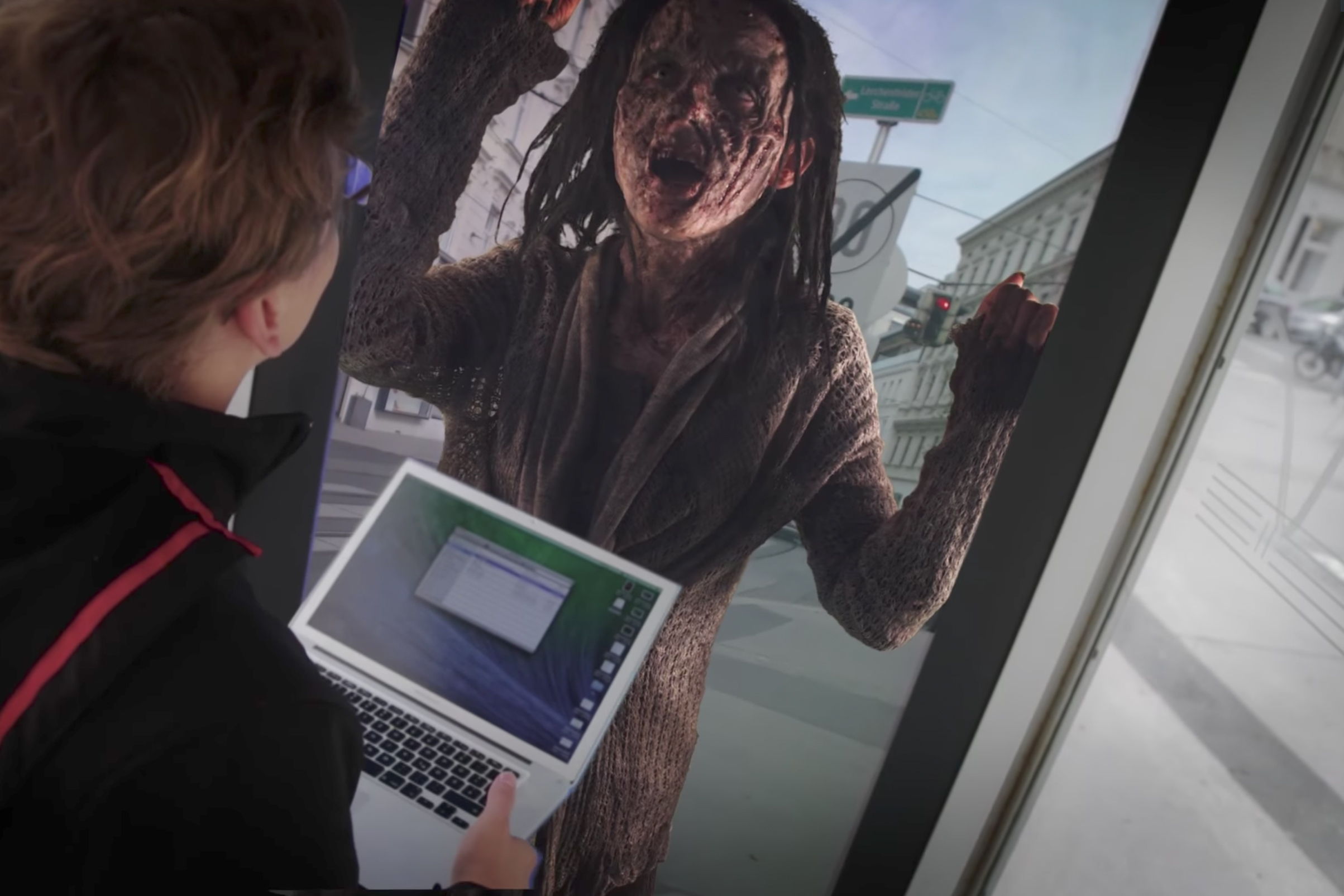 For the launch of The Walking Dead tv series, Sky Austria and FOX have transformed a tram stop in Vienna’s 7th district in a surreal and horrifying experience.
By placing a live camera directly on the street and a maxi-screen at the side of the shelter, they had the possibility to stream realistic video in which different zombies attacked and frightened the unlucky inhabitants of Vienna that were waiting for the tram: an advertising technique that has not gone unnoticed. 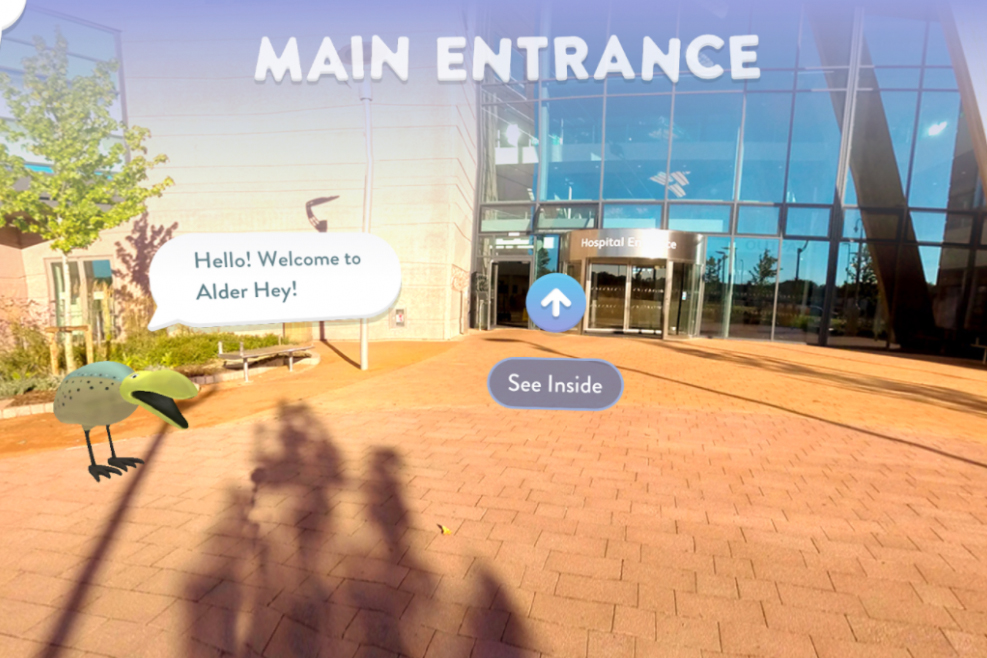 The Alder Hey children’s hospital located in Liverpool, UK, launched a tablet App with the aim of improving their very young guests’ experience within hospital facilities. Thanks to the application, indeed, children can choose a personal avatar that, during their time in the hospital, appears on the screen in order to help them overcome the challenges of everyday life. From the operations to which they are subjected to the morning change of clothes, every time that a new task is completed the App rewards the children with additional contents. 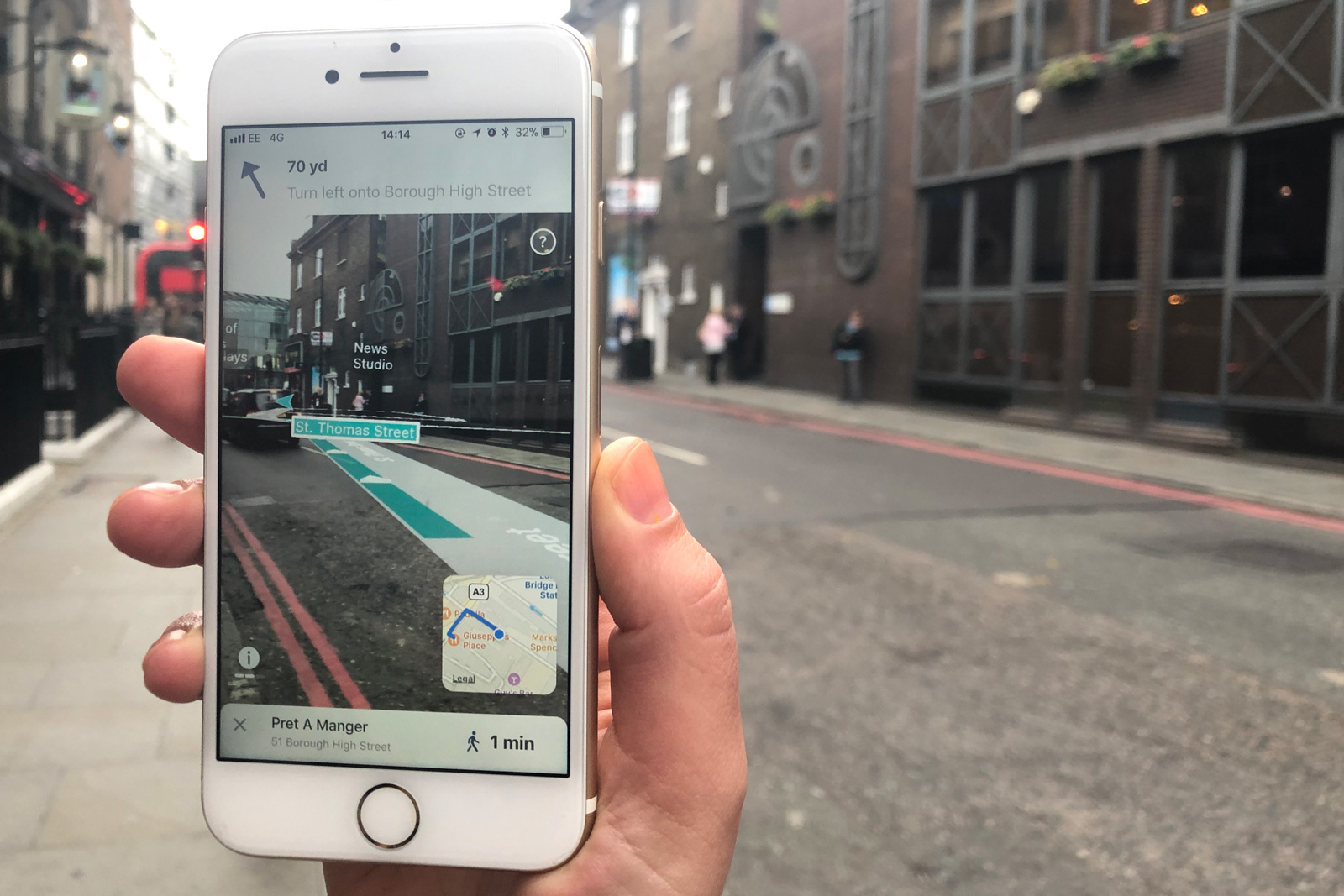 Available for iOS and Android devices, the AR navigation takes advantage of the GPS and the smartphone’s camera in order to create a simple and safe GPS navigation device in which a line that defines the route is overlaid on the live images. In this way the driver never loses sight of the street; an innovation in the security field, don’t you think?